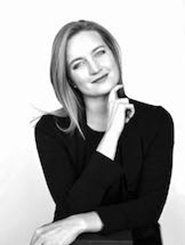 Charlotte Botha is an enthusiastic conductor, composer, ensemble singer and music teacher. She believes that choral music embraces difference and teaches us tolerance. Originally from Klerksdorp, South Africa, she embarked on an ambitious career as a pianist, percussionist, chorister and vocal soloist from the age of 6. She has had the privilege of singing under and learning from inspiring conductors and voice pedagogues from around the world.

During her BMus (University of Pretoria, 2009) and MMus (Nelson Mandela University, 2014) she specialised in choral conducting with Johann van der Sandt, Junita Lamprecht-Van Dijk and Peter-Louis van Dijk as her mentors. As conductor of many well-known choirs, such as Pretoria High School for Girls Choir, Singkronies Chamber Choir, the Drakensberg Boys Choir, and the UNT Women’s Chorus, Charlotte cultivated a passion for group vocal technique. Charlotte attends choral conducting master classes as often as possible, and regularly presents workshops that promote the development of aural training skills through choral singing. She currently pursues a Doctor of Musical Arts degree in Choral Conducting Performance and Music Theory at the University of North Texas under the mentorship of Allen Hightower, Richard Sparks and Kristina MacMullen. She is the choral librarian at UNT, and serves as assistant conductor for the Dallas Symphony Chorus under Joshua Habermann. Her interests include badminton, foreign cuisine, the study of phonetics and learning new languages.